Hackney Council is prototyping an API-centric digital architecture.  The HackIT manifesto tells us to ‘learn more’ by  it was important for us to learn from experts who has successfully implemented a WebAPI in a government environment on a larger scale.  So HMRC was the best candidate to visit and provide our developers with a unique opportunity to learn from the experts.

The visit to the HMRC office, based at Shipley was really useful and gave us a deep understanding of how they implemented and maintain their API platform.  The team took us through their development journey for their API platform and provided us with insightful information to support us on our journey.

The journey of the API-centric development at HMRC has started in January 2015 with the involvement of 3 teams initially.  After 4 months of recruiting people with the right skills, they have started their API development, taking 2 years to publish the first public APIs. The most requested API was from taxpayers for self-assessment module. The team had SMEs and contract developers to deliver the first set of APIs and gradually the team expanded based on user needs.

Key things learned from this visit:

This inspires us to revisit our API architecture and create layers of abstraction before deploying our API public so that it is not subjected to vulnerabilities.  It also prompts us to begin thinking about how we can host our API platform in the cloud. There will be some challenges around connectivity to our back-office systems, but products such as Direct Connect offered by AWS do give evidence that this hybrid platform is a viable solution.

It is also noted that they follow the DevOps approach for service delivery whereby one or two infrastructure staff are included in development teams for API delivery. This is a brilliant concept of having a platform team heavily involved in the Continuous integration of the WebAPI.

Even though they develop APIs, they still follow a user-centered approach for development, where the client developers are considered to be their users.  This extends their API-First approach where the endpoints are developed to meet user needs and not around the workings of back-office systems.

This approach makes us think “are we going in  the right direction when it comes to WebAPI?”. We believe, adopting a similar “API First” approach where we develop our end-points to the users (developers) would be beneficial to create a flexible, standardized WebAPI.

They have design clinics every month for introducing and discussing design principles and they often hold Hackathons, inviting external developers to work with their API as part of their user research. This is something we are currently doing as part of Show and Tells however we can expand this on a wider scale by inviting external agencies who are interested in our Web API.

In all, it was truly a well-spent day with HMRC API team with so much to take on board since they have a massive API implementation. We did realize that it would have added even more value if we were to invite our platform colleagues along with us to get more information on their infrastructure; maybe next time. 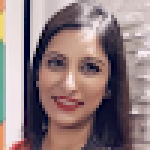 One thought on “Standing on the shoulders of giants”