Back in April, the government announced it would be providing free laptops and internet to school children. HLT were leading on this work and took care of the ordering and liaising with schools on the numbers needed.

The TLDR version is we smashed it! We made some mistakes, and we learned a lot and we adapted and changed approaches as we needed to as none of us really knew what to expect or how it would go. We were thinking on our feet and timeframes didn’t allow us the luxury of a lot of things.

A lot of what we did on this project can certainty help us in other projects, such as the Future Homeworking project, in designing how we deliver a thing and collate data.

Also, we all laughed a lot and Christian, Anwar and Shakti (and Bruno) were a brilliant bunch to do this with and worked so well together to solve problems and get things done.

My aversion to public transport meant I was walking in and home most days. By the end of it I’d walked a total of 71 miles.

I also went deaf in one ear again due to an ear infection. This caused a lot of amusement.

To be honest, my first thought on discussing this was ‘I have absolutely no idea how on earth to do this’.

We had the task of designing and organising the end to end process of accepting the delivery of 1600 devices and getting them to each school as quickly as we could.

On the HLT side we worked with Emma Claridge who handled the ordering and liaising with the schools on the numbers they needed and also arranged the drivers and vans for delivery from Environmental Services.

We worked at an incredibly fast pace on this. We knew delivery was due on 30/06/20 so had just less than a week to find a team and work out:

Where on earth were we going to put 1500 devices?

We met with Paul Hornsey who kindly lent us Robert House until 10th July. This meant we finally had a hard deadline to get these out by.

Who would we need on the team?

Sandeep was onboard from the start with his ability to understand how to log assets and ensure we track them properly. These weren’t devices that were going to be managed by Hackney but we did need to ensure we logged them as received and delivered property and onto the asset register.

How would we get them inside?

We were told the delivery would arrive on pallets and they would put all of them onto the pavement and we’d have to get them inside. The doors to the room we were using and storing weren’t wide enough to get a whole pallet through. This sent my anxiety levels sky high as we needed enough people to help get them in quickly as possible and others to help stand guard to ensure they stayed safe. Oh, and hope it didn’t chuck it down.

Joss from HLT came down to help, Sandeep drove in from Kent and Paul came on site for the day.

The delivery was, alas, 5 hours late and some had to get home as they couldn’t stay that late. Zaf and Colin arrived with the key to solving our delivery headache – there was apparently a big allen key that opened a partition wall which allowed us to access the wide doors to get full pallets in! Just had to find the big allen key. Which we did! Hurrah! And with more help from HLT staff and facilities team we got the pallets in all ok and my anxiety subsided.

Sandeep had worked on a google sheet that easily allowed the team to log the serial number of each device, the date received and date dispatched. We’d been working on delivery receipts for the schools to sign so were able to log in that these had been signed as received. But still – 1600 devices to type into a sheet is still quite tedious and time consuming. Enter three barcode scanners that just made ife super easy in this dept! Beep, beep, beep!

Lesson learned early on in this – best to scan small batches and check to ensure that all logged on the spreadsheet. The team had got to number 456 and realised that there weren’t the correct number of populated rows in the sheet. Without a way of knowing which had been missed, it was a case of learning the hard way and having to re-scan them all. Going forward, they scanned in 10s and checked the number of populated rows correlated. It turned out there were connectivity issue with the internet dropping out while scanning so the team was now alert to this and managed it better.

How would we assign them to the destination

Once we got the names of the schools they were going to and the numbers going to each school, as well as the type of device (Chrome or Windows) we got super high tech and I sat with a bunch of post it notes and wrote out stickers for them – one post it with the name of the school on for each batch of 5 or less

How we would we batch them for delivery?

We received the names of the schools and Sandrine and Marta were able to help in pulling these into a map.

We knew the van had a min capacity of 100 devices so Marta did a fabulous job of grouping them into local area of no more than 100. This gave us the number of runs that would need to be made and these were what decided went into each batch for each run. We now knew we had a total of 7 batches to get out.

How many deliveries could we do in a day?

We weren’t clear on the number of vans or drivers per day so the worst case scenario was 7 working days, which would take us up to 10th. We had to hope all were delivered and no returns!

As it turned out, we had two drivers and one van had a capacity of 200 devices. We immediately were ahead of schedule and all went home well smug.

However, in the following days, a couple of schools weren’t open for delivery and one driver was off sick, so we fell behind but then raced ahead with re-delivering failed first attempts and ended up finishing ahead of schedule! But, we had some last minute additions to deliver on the last day. We had to keep everything crossed there was no hiccups and they all got delivered ok. And that they did.

We had one school (with over 100 devices) that we weren’t able to get hold of so these had to be safely stored in HLT for them to deliver at a later date so we could clear Robert House on the 10th as agreed.

This was a short and fast paced project to deliver and despite so many unknowns and variables, the team performed amazingly well to get this over the line ahead of schedule and keep on track despite set backs.

Oh, and the Mayor popped by with Cllr Bramble. Which was nice. 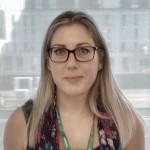